Participants Call for an Inclusive Approach to Online Rights, and Note that Internet Access Alone Is Not Enough and that it Should Be Accompanied by Capacity-Building

The discussion was moderated by Janis Karklins, Permanent Representative of Latvia to the United Nations Office at Geneva, and Anja Gengo of the Internet Governance Forum Secretariat.

Mr. Karklins, in his introductory remarks, reminded that it was in Tunis in 2005 that the United Nations had mandated the Internet Governance Forum to address all issues related to Internet governance in a multi-stakeholder fashion. Mr. Karklins noted that it was for the first time that national, regional and youth IGF initiatives would discuss substantive issues, namely rights in the digital world.

Ms. Gengo explained the nature of national, regional and youth IGF initiatives (NRIs), which amounted to 97 recognized initiatives. Formal recognition by the IGF Secretariat had grown from 2006 until 2009 when many countries had started to formalize national and regional level initiatives. NRIs agreed to follow the core principles and characteristics of the IGF itself in order to be identified with the IGF and to be listed on the IGF website. Core principles and characteristics meant that NRIs were organic and independent, that stakeholders acted on an equal footing, and that they were bottom-up and multi-stakeholder, open and transparent, inclusive and non-commercial.

Understanding of Rights in the Digital World

Colombia IGF underlined that in the digital world there should be respect for the same rights which prevailed in the analogue world, whereas Brazil IGF noted that any understanding of rights in the digital world had to bear in mind a great number of conflict of interest issues. According to China IGF, there might be different criteria for judging rights, but the Sustainable Development Goals should be the common denominator for the international community.

South Eastern European Dialogue on Internet Governance (SEEDIG) emphasised that ensuring that human rights equally applied offline and online required stronger awareness raising, while Benin IGFargued that laws should provide a framework for what happened in the digital world.

Discussion participants agreed that access to the Internet was a right for every person, and they outlined some of the practical problems in ensuring Internet access. West Africa IGF drew attention to Internet shutdowns, noting that they were very expensive, while Afghanistan IGF reminded that the Internet bandwidth in that country remained the most expensive in the world, amounting to some 150 US dollars per month and making Internet access unaffordable for most people. The Democratic Republic of Congo IGFalso drew attention to problems of connectivity, the high cost of access to the Internet, and the lack of properly tailored laws.

Nigeria IGF noted that access to the Internet was an important part of democratic experience, stressing that without access to the Internet, young people in Nigeria could not create small and medium-size enterprises. Nepal IGF reminded that 80 per cent of Nepal’s territory was in high mountains, which rendered access to the Internet a key tool in keeping regions and populations connected. In Japan, there were accessibility issues, particularly from the net neutrality point of view, said Japan IGF.

Spain IGF stressed the importance of the right to privacy and control of personal data, adding that access to the Internet was an essential right in the modern world, not only in terms of physical accessibility, but also in terms of digital literacy. Asia Pacific IGF underlined that the problem of access to the Internet was key to education, literacy and culture. The application of human rights should also consider the issues of gender, disability and sexuality.

Challenges and Limitations in Exercising Rights in the Digital World

Turning to challenges and limitations in exercising rights in the digital world, Croatia IGF highlighted the lack of digital and media literacy, inequality in access to digital services due to underdeveloped Internet infrastructure, and the rise of online hate speech. The real source of challenges was not the technology itself but humans behind it with their conflict of values, reminded Poland IGF.

Kenya IGF drew attention to surveillance, especially during the instances of high political agitation, and to insecurity as a result of terrorism. Another challenge was the lack of data protection in the country. Youth IGF Turkey stated that the Government of Turkey blocked online content, implemented Internet shutdowns and used online violence by trolls. Self-censorship was another challenge due to surveillance.

Youth LACIGF called attention to the problem of Internet connectivity of rural communities in Latin America and the Caribbean, which limited their participation in political and economic processes of empowerment. Asia Pacific IGF highlighted the gender digital divide and online gender discrimination, leading to economic and social barriers affecting women.

Italy IGF underlined the importance of privacy and data security, and of involving more people in the discussion about cybersecurity through awareness raising. Other challenges were artificial intelligence and the use of big data. Brazil IGF reminded that the debates in Brazil had shown that some of the rights enshrined in the Marco Civil could fall victim due to pressures from private companies.

Panama IGF drew attention to the lack of technical specificities in the laws and outdated legislation, whereas Uganda IGF highlighted the lack of data protection laws, as well as financial and human resource constraints. Dominican Republic IGF voiced concern about the high cost per gigabyte.

Armenia IGF raised the issues of the protection of intellectual property in the context of the open Internet, and the obligation to protect privacy and keep personal data in country when confronted with cloud computing. EuroDIG said that the right to privacy was being discussed vividly in Europe, and invited digital platforms to demonstrate more transparency in that regard. North Africa IGF said that a core concern was how to encourage the establishment of national IGFs in all countries of the region.

Human rights in the digital world were not being discussed in the Sri Lanka IGF, and it was understood to be the result of the lack of digital literacy of people. Human rights were very much discussed by the Netherlands IGF, where a focus was on the responsibility of the private sector on protecting and advancing human rights online.

EuroDIG reminded that European countries had developed high human rights standards which could be translated into the digital world. Spain IGF had created multi-stakeholder groups on a number of issues, including digital rights and the code of conduct for the business sector, while Italy IGF stressed that everyone understood that the multi-stakeholder approach was key in managing the Internet.

IGF-USA said that the multi-stakeholder approach was being used not only in the domain of Internet governance but throughout the government, whereas Portugal IGF noted that the contribution of different stakeholders was vital in addressing how technology affected digital rights inducing protection of data and privacy. Argentina IGF was convinced that the multi-stakeholder approach was the only way forward in addressing questions that intersected human rights, technology, and the private and public sectors.

African IGF underlined the adoption of a charter on governing African Internet governance, which namely reduced costs of services and products to users, affordability of content and connecting devices. Poland IGF said that in terms of awareness raising, it tried to reach to opinion leaders and neighbouring countries that did not have national IGFs. But it lacked more attention from small and medium-size enterprises.

Croatia IGF proposed the inclusion of digital literacy in formal and informal educational programmes, to make schools more digitally competent, and to engage more citizens in the e-citizen project. Netherlands IGF explained that its multi-stakeholder approach was exemplified in its engagement of youth and government representatives. Benin IGF noted that national IGFs opened up debate and reduced the costs in dealing with technology issues. The multi-stakeholder model should, thus, remain in place.

Youth LACIGF considered the multi-stakeholder approach best suited to deal with Internet governance issues. Asia Pacific IGF agreed that the multi-stakeholder model was important, adding that capacity-building was necessary for meaningful participation. Nepal IGF pointed out that its activities were truly multi-stakeholder in nature and recommended to all NRIs to focus on marginalized communities.

West Africa IGF stated that it was trying to bring francophone users to the school of Internet governance by 2018, targeting francophone participants. Armenia IGF affirmed that the multi-stakeholder model was effective in making changes. Youth IGF Turkey explained that there was little awareness about the multi-stakeholder model among the youth, adding that there was little local content.

During the discussion, it was noted that more effort was needed to bring in the private businesses apart from the telecommunication sector, for example banking or health care, the sectors which were crucial for the achievement of the Sustainable Development Goals. Questions were raised on the most appropriate way to engage young people in discussions on Internet governance, and whether it would be useful to have a global institution in charge of monitoring the digital rights. A speaker said that there were several models of youth engagement, and that in the United States, the national IGF had youth as advisors, as session organizers, and speakers in sessions.

Janis Karklins, Permanent Representative of Latvia to the United Nations Office at Geneva, wrapping up the session, said that he was pleased to see the community growing and thanked all participants. 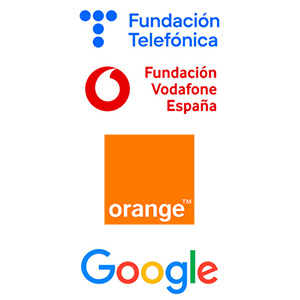